Kichcha Sudeep declared that he would adopt 31 cows, one for each district of Karnataka . Sudeep also requested that the general public and film industry artists organizations adopt cows .

Bengaluru (Karnataka), November 25, (India): Under Punyakoti Dattu Yojana, actor Kichcha Sudeep declared that he would adopt 31 cows, one for each district of Karnataka, and praised the state government for doing exemplary work for the protection of cows.Sudeep said I would like to thank Chief Minister Basavaraj Bommai and Minister Prabhu Chavan for naming me.Sudeep also requested that the general public and film industry artists organizations adopt cows.Earlier this year, Chief Minister Basavaraja Bommai adopted 11 cows on his birthday and launched Punyakoti, a dream cow adoption program.

Since the adoption of the Prohibition of Cow Slaughter Act was introduced in the state of Karnataka, up to 100 Goshalas were installed.It was the first state in the world to introduce the Punyakoti Adoption Scheme.Many schemes have been implemented, according to the minister, including the establishment of the Animal Welfare Board, the Animal Helpline Center, Pashu Sanjeevini Ambulance, Gomata Cooperative Society, and Atma Nirbhar Goshala.The aim of the program is to improve Goshalas' financial stability and efficiency with the help of the general population.On the same day, Department Secretary Dr. Salma K. Faheem, Commissioner S. Ashwathy, Deputy Director Dr. Srinivas, and many others were present. 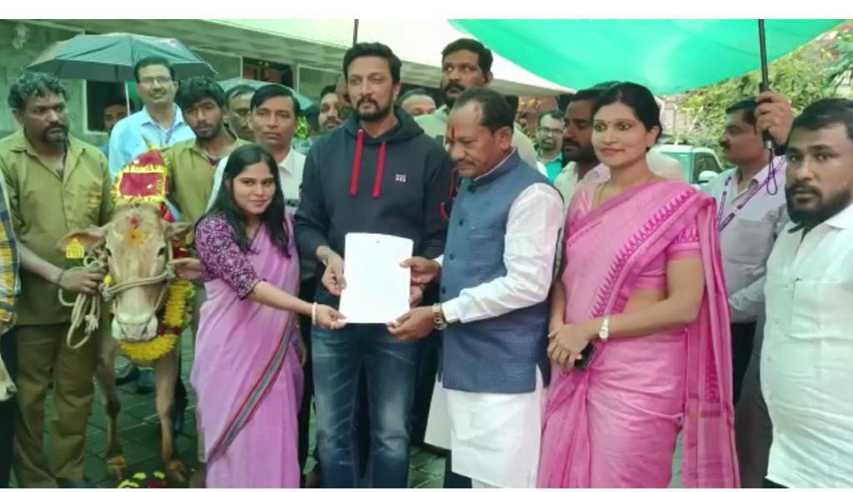 Here is how Tahira Kashyap celebrated Aparshakti's birthday with her beloved brother-in-law, Sabka.

The remake of Steven Spielberg's Bullitt will include Bradley Cooper.

You'll be astounded at Parineeti Chopra's ingenuity in protecting herself from the cold.