According to Union Minister Sonowal, India's cruise tourism has the potential to develop tenfold over the next decade.

India Mumbai (Maharashtra), May 15 : According to Union Minister for Ports, Shipping, and Waterways Sarbananda Sonowal, the Indian cruise industry has the potential to grow 10-fold in the next decade.The Minister of Finance and Tourism, Sonowal, said that the Indian cruise market has the potential to expand by tenfold in the next decade due to increased demand and disposable incomes.India's government is cognizant of this opportunity and committed to establish it as a global cruise hub with state-of-the-art facilities for both ocean and river cruises, the Minister said that many of India's 7,500 km long coastline and vast river systems have yet to be revealed to the world.According to him, the world players have shown a keen interest in promoting cruise tourism in India, and India will certainly become one of the world's top tourism destinations with the development of the right infrastructure and adoption of modern technology.

The Minister announced the establishment of a high-level advisory group, composed of national and international experts, to assist the Task Force in establishing a conducive environment for the development of cruise tourism in the region.Transportation is possible, and for that, we need to leverage technology, he said.Shripad Naik, the Minister of State for Tourism and Ports, Shipping and Waterways, outlined the Ministry's effortsGujarat Pilgrimage tours, West Coast-Cultural and scenic tours, South Coast-Ayurvedic wellness tours, and East Coast-Heritage tourism have been developed to attract cruise demand.To attract Coastal tourists, a lighthouse and island project is also being implemented, according to him. India hopes to increase cruise passenger numbers from 0.4 million to 4 million.In the coming years, cruise tourism's economic value is expected to increase from USD 110 million to USD 5.5 billion.According to the Ministry of Ports, Shipping and Waterways, the Center has taken various steps to enhance the country's cruise tourism market, including infrastructure upgrading, rationalization of port fees, eliminating throwing fees, giving priority berthing to cruise ships, and providing e-visa services.At seven major ports in the region, including the new International Cruise Terminal in Mumbai, which is expected to cost around Rs 495 crore, are being upgraded and modernized. The terminal will be able to handle 200 ships and 1 million passengers per year.Goa, New Mangalore, Kochi, Chennai, Visakhapatnam, and Kolkata are all experiencing similar infrastructure upgrades.The Ministry of Ports, Shipping & Waterways has organized the first Incredible India International Cruise Conference.The two-day conference is expected to include proposals for transforming India into a cruise hub, policy proposals and port infrastructure, the value of river cruise tourism, and the role of technology in the post-pandemic world. 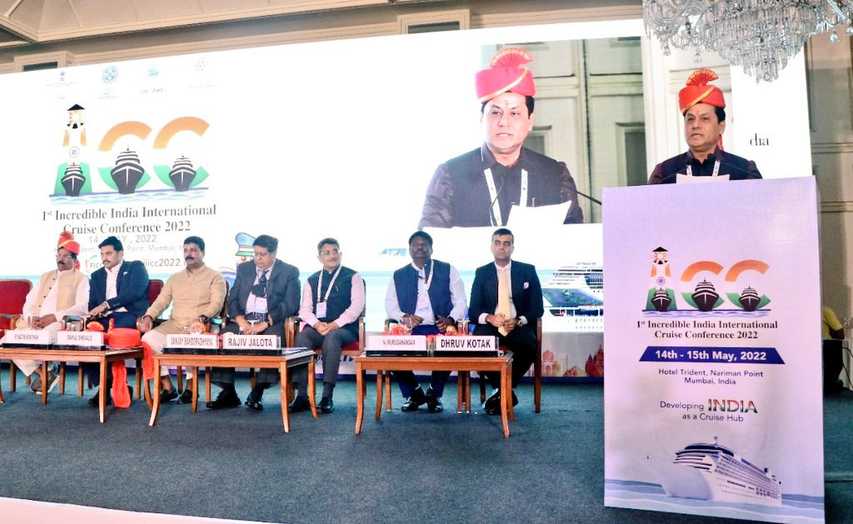 Maharashtra government would seek SC order on lines of MP for OBC quota, according to MVA.

Work to repair 5,000 potholes is underway; Palike has set a one-week deadline.

The court refuses to dismiss the case against the auditor.

The HC upholds the manager of the Hyd British Library's dismissal.

Are you having trouble with your electricity? Send Bescom a WhatsApp message