Denise Richards launches her own OnlyFans account . The model and actor has been criticized for her daughter's inclusion on the site .

Washington, United States, June 24 : Denise Richards, an American model and actor, has launched her own OnlyFans account, just a week after her 18-year-old daughter, Sam Sheen, made her debut on the site.Ready...here we go, Richards, wrote before using the hashtag #onlyfans and redirecting her followers to the link to subscribe to her content for USD 25 a month.Last week, she had defended her daughter and teased the launch of her account on the website.Earlier this week, there were a lot of negative remarks on my social pages.I do wish I had the confidence in my 18-year-old daughter, too, if I had it.

On Instagram last week, Richards said that if I did Wild Things and Playboy, her father shouldnt be either.Charlie was initially vocal about his disapproval of his daughter's inclusion on OnlyFans, but has since promised to continue supporting Sami.Denise has illuminated a variety of important points, he said in a tweet obtained by Fox News, that I had left out of my haste and ignored.As Sami embarks on this new adventure, it is vital that she have a united parental front to rely on.Shell has it abundantly from now on, he said.Sami, who turned 18 in March, posted a photo on June 13 of her peering at the camera from a hot tub sporting a black bikini.Charlie and Richards married in 2002 before splitting in 2006. 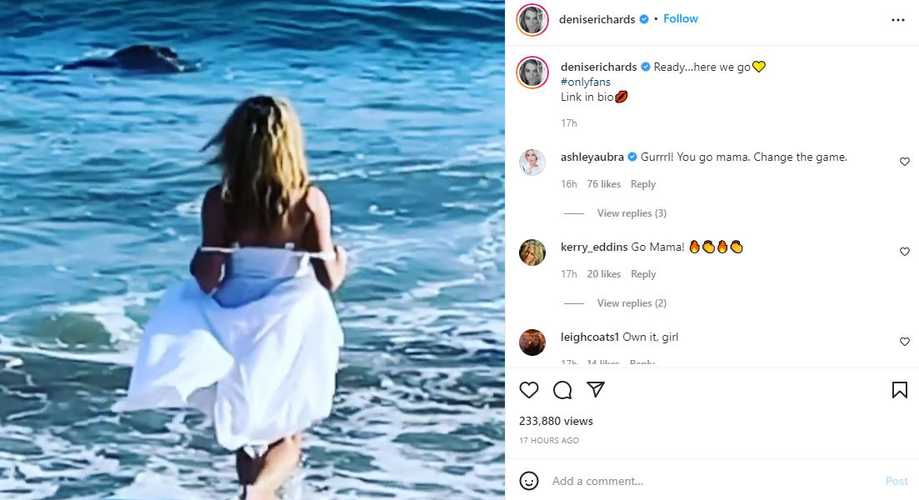 On his birthday, Soni Razdan wishes her Darling Dad all the best.

Winner of an Academy Award For Emergency, David Malinowaski will assist Kangana Ranaut in her transformation into Indira Gandhi.

Fans are wowed by Netflix's monochrome first peek. Teaser for a blonde

Arjun Kapoor and Bhumi Pednekar's film The Lady Killer has completed its schedule.

Dev is excited to begin filming with Mithun on July 5th.