At the Karwar Naval Base, Rajnath Singh engages in a yoga practise with Navy soldiers.

Defence Minister Rajnath Singh held yoga class with Indian Navy personnel at Karwar Naval Base in Karnataka . Ministry of Health coordinating a series of events to bring Yogas message to a wider audience .

Uttara Kannada (Karnataka) (India), May 27 : On Friday, Defence Minister Rajnath Singh, who is on a two-day tour to Karnataka, held a yoga class with Indian Navy personnel at Karwar Naval Base in Karnataka.The Ministry of Health is coordinating a series of events to bring Yoga's message to a wider audience on the occasion of the 8th edition of International Day of Yoga.On March 13, a curtain-raiser event was held at the Red Fort in Delhi, marking the 100-day countdown to International Day of Yoga.Singh met with Indian Navy personnel and their families in Karwar on Thursday night.

Our troops serve the nation diligently and keep our country safe and sound.In a Twitter post, the Minister said that their families also serve the country by offering them assistance and strength. 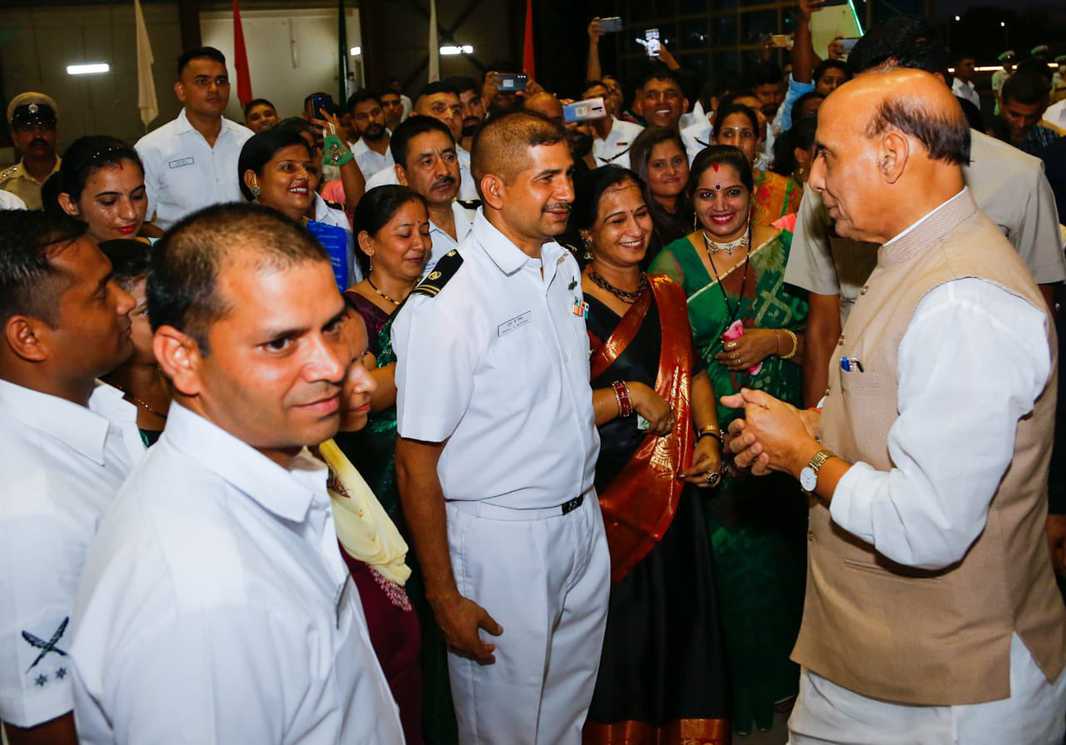 Hussain's appointment as AIADMK praesidium chairman was postponed, and the July 11 general council meeting was halted, by a Madras High Court motion.

17 dead after the collapse of the Kurla building; rescue efforts are under way

Here's how to check the TS TET Result 2022, which will be released on July 1 via tstet.cgg.gov.in.

Sanjay Raut is given a new summons by ED in a case involving money laundering dated July 1.

Police: Suicides of a woman and her son-in-law in Rajashtan over a love affair