Over 300 students from a pool of 20,000 applicants had a wonderful time participating in the recently concluded IBC-2022-23 Continuum on Web3.0 conference in Hyderabad . The IBCs Education & Certification Program aims to recruit students from 1000 engineering colleges from India .

Hyderabad (Telangana) India, December 2nd (PNN): Over 300 lucky students from a pool of 20,000 applicants had a wonderful time participating in the recently concluded IBC-2022-23 Continuum on Web3.0 conference in Hyderabad, which was held at the Tech Mahindra campus.The sessions were open-sourced and live on the Internet, and students who were not in Hyderabad could also benefit from the same.IBC organized a committee of experts, including Shivam from Moralis, Dr. Radhakrishna Dasari from the Web3.0 Foundation, Hitesh Sharma from Goharness, Praveen Thakur, Chandra Shekar from BVRIT Engineering College for Women, and Abhil Nair (Co-founder, CEO of Smart Matrix Technologies).The students were divided into three parts, with a total of 100 teams.

The IBCs Education & Certification Program is a five-year program that aims to recruit students from 1000 engineering colleges from India, in order to create a top-line pool of industry-ready Web3.0 developers who are fluent in Web 3, Blockchain, and emerging technologies.The strength of IBCs Education & Certification Program is its holistic approach: students are exposed to a full-cycle programme that includes Orientation, Assessment, Ideation, Brainstorming, and Speed Building, leading up to the final selection of students.IBC Media recognizes that there is a significant knowledge gap in the industry and the urgent need to fill it.In order to prepare students for Web 3.0 and Blockchain, it has emerged to bring together industry experts, academic colleges, and HR professionals on the same page.India's IT workforce will be further enhanced by upskilling students in the areas of emerging technology, since these are the technologies that will find their way into almost all spheres of our lives in the future. The IBC Education and Certification program at KG Reddy College features robust and refined learning modules, learning repositories, and custom-made courses from international companies working on Web3.0 technologies.During the media interaction session, Daniel Prabhakar, Dean (Training & Placements), discussed how IBC Media, Telangana Academy for Skill and Knowledge (TASK), and industry giants have joined hands to prepare engineering students through such hackathons, where they gain hands-on Dr Vishnumurthy, Dean, School of Engineering, Anurag University, congratulated IBC Media and TASK for launching this awesome website, in which students are getting a comprehensive introduction to emerging technologies like Blockchain and Web3.0 while simultaneously attempting to excel in skill-a-thon.Dr. Vishnumurthy said that the Hackfest was supported by around 900 students from Anurag University, and that such initiatives would enable students to plan out their careers in the tech industry.Dr A Ramakrishna, Associate Professor, KL University, Hyderabad Campus, expressed appreciation to IBC Media for hosting it, saying that such hackathons improves the distance between the industry and the academics. C Selavaraj, Trainer and Mentor at IBC Hackfest, shared his thoughts on this innovative program during a media session.He said that the future will be all Web3.0 and Blockchain-based, with their application in finance, insurance, public domain, and social applications as well as government-based applications.However, there is no such qualified workforce in India as can join the bandwagon, and hackathons like IBC Hackfest are a great way to prepare the students who are now experts in this exciting technology that would sell like hot cakes in the industry.In a statement to the media, Jamyesh Ranjan, Principal Secretary, IT & Industries, State of Telangana said, I am very excited to be participating in this edition of IBC Hackfest, which focuses on 20,000 He also stated how the Telangana government is keen on supporting this initiative. In his closing speech, Abhishek Pitti, Founder-CEO of IBC Media, said, We are bringing a new hackathon named skill-a-thon to educate a million developers around the world.The current IBC hackathon, which is being run successfully across 700 Telangana schools, has about 20,000 registered participants in a hybrid online-offline format, he said.The curriculum, which takes 9 days, has received a lot of support from the educational institutions, the industry, and the State Government.Pitti also confirmed that Tech Mahindra, Polkadot, and Dukes Confectioners had all supported IBC in organising the hackathons. In the following hackfests, IBC expects the same enthusiasm and enthusiasm as the Hyderabad Alt Hack, resulting in a pool of developers for the Indian Web3.0 community.IBC 2022-23 CONTINNUM is organized by IBC Media.IBC's debut event, IBC 2018: a resounding success, saw a crowd of top-line government attendees, speakers, and sponsors packed into one room.CONTINUUM is the second edition of the conference, which includes offerings ranging from workshops, start-up pitch competitions, and industry and government-led conferences. A go-to website for people to participate, network, interact, learn, and showcase in a community of key influencers in the industry: thought leaders, software start-ups, designers, regulators, Indian and state governments, investors, and VCs. 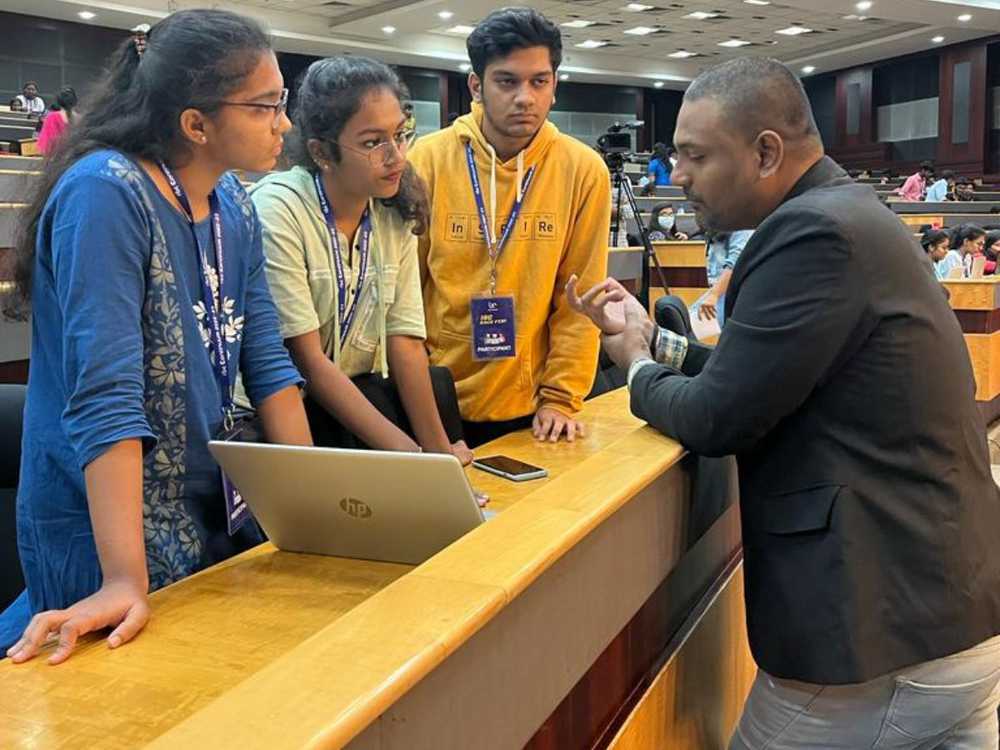 As a fishing community protests, the Gautam Adanis Mega Port Project is in trouble.

10 lakh jobs might be created by the India-Australia trade agreement, according to Piyush Goyal.

Rupee declines by 10 paisas to 81.77 while the dollar's position is uncertain