Bus overturns, striking divider, leaving one dead and others injured

Bus crashed into fence on national highway in Chittoor district, killing 20 people and injuring twenty others . According to a passenger, the driver of the bus fell asleep while riding the vehicle .

India: Chittoor, December 2: A tragic road accident claimed the life of a private travel bus that crashed into a fence on the national highway in the Chittoor district, killing 20 people and injuring twenty others.Vijay, the deceased, has been named.The incident occurred at Palamaneru cattle farms near Bengaluru and Vijayawada national highway at midnight on Thursday.It was around 12:00 a.m. when we all fell asleep.

According to a passenger, the driver of the bus fell asleep while riding the vehicle.According to police, the accident may have occurred while the driver was driving the car while under the influence of sleep.We found a bus overturned in Palamaneru cattle farms by hitting the divider.One man was killed in the crash, and a further few were injured. The matter is under scrutiny, and further details are to be forthcoming. 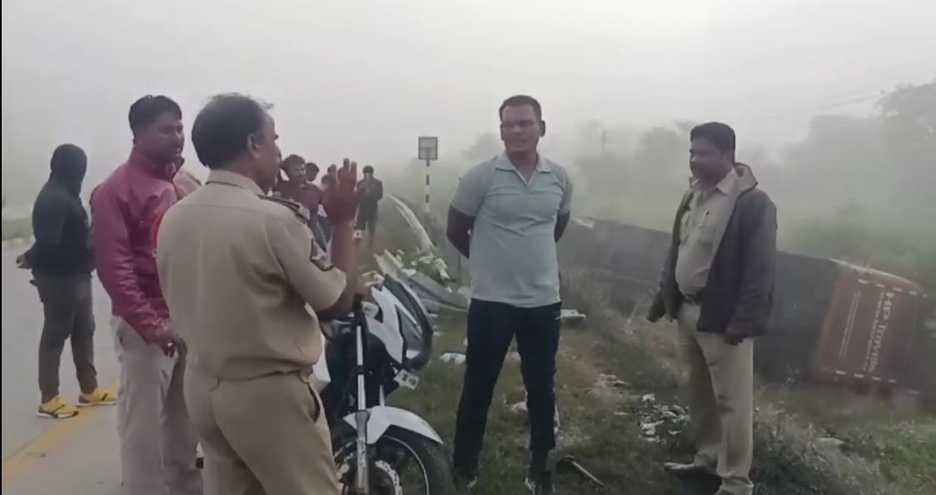 Amritsar: BSF shoots down a drone from Pakistan and finds 2 kilogrammes of heroin and 100 grammes of opium inside.

Gujarat reports 59.11 percent voter turnout in the second round of voting through 5 p.m.

The Supreme Court on Agency Manual: The World Has Changed, CBI Should Too