Firefighting operations are underway as an auto parts warehouse in Vadodara catches fire.

Up to 11 fire tenders have been sent to the scene to help the flames . No injuries have been reported so far .

On Thursday night, a huge fire broke out at an automobile spare parts depot near Halol road in Gujarat's Vadodara district.No injuries have been recorded so far.Up to 11 fire tenders have been sent to the scene to help the flames.A factory off the road to Halol caught fire.

It has two-wheeler parts like tyres and oil that are highly flammable.There has been no fatality yet, but units have been deployed around the area, allowing us to cover areas one by one, according to Chief Fire Officer Parth Brahmbhatt. 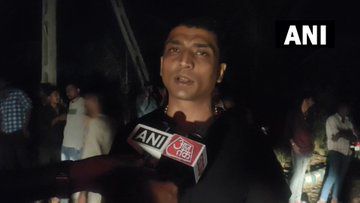 Five people have been detained in Jaipur for kidnapping youths and demanding a ransom of Rs. 3 lakh

Jaipur police intend to increase security at garba sites and around temples.