India and Australia talk about ways to improve their defence cooperation.

New Delhi, India, December 10: Major General Chris Field of the Australian Army called on Indias Lt. General M.V.Suchindra Kumar, Deputy Chief of Army Staff (Strategy), and discussed ways to improve defence links, according to a tweet from the official handle of Additional Directorate General of Public Information (ADG PI), Indian Army.The joint military exercise Austra Hind-22 began on November 28 at Rajasthans Mahajan Field Firing Range, with the aim of strengthening According to the Defence Ministry, the troops of #IndianArmy and @AustralianArmy exchanged their expertise in the use of cutting-edge #drone technology, including #nanodrones in combat.According to the Indian Army, the Austra Hind will be a yearly event that will be held alternately in India and Australia. 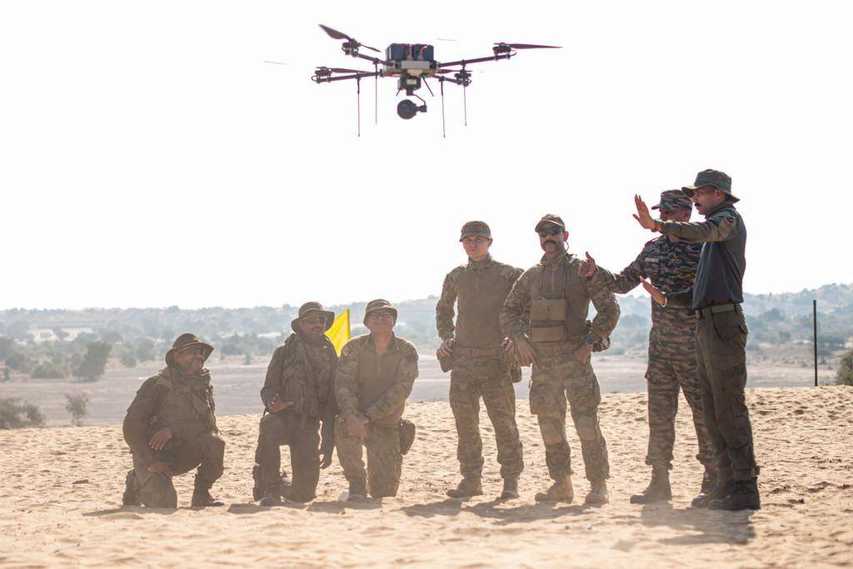 After hosting the ASEAN Summit, the Cambodian Prime Minister tests positive for COVID-19.

After hosting the ASEAN summit, the prime minister of Cambodia tested positive for COVID.

PM Narendra Modi arrives at the Bali location for the G20 conference.