Manik Saha thanked the top BJP leaders for naming him as the next Tripura Chief Minister . Biplab Deb resigned from his post on Saturday .

Agartala (Tripura) India : Manik Saha, the leader of the Bharatiya Janata Party (BJP), thanked the top BJP leaders on Saturday for naming him as the next Tripura Chief Minister.I would like to thank and express my gratitude to Prime Minister Narendra Modi ji, BJP National President JP Nadda ji, Union Home Minister Amit Shah ji, and BJP top leadership for giving me the opportunity to serve the people of Tripura state, he said on Saturday.Deb, who is also the chief minister of the BJP in Tripura, resigned from his post on Saturday.I have sincerely served my state and will continue to work for its furtherance.Tripura will definitely continue on this course of growth.

Dr Manik Saha ji was congratulated on being elected the leader of Tripura BJP Legislature Party by Union Minister Bhupender Yadav and party general secretary Vinod Tawde in Agartala.I am confident that Tripura will reach new heights of growth under the direction and leadership of respected Prime Minister Narendra Modi ji, Bhupender Yadav said in a tweet.Deb also expressed congratulations and best wishes to Saha on his new role.I think Tripura will flourish under PM Narendra Modi Jis vision and leadership, he said.Dr. Saha, a Professor of Dental Surgery, joined the BJP in 2016 from the Congress. In the biennial elections held earlier this year, Dr Saha had been elected to the upper house.According to BJP sources, outgoing chief Minister Biplab Deb is likely to be elected to the Rajya Sabha.Biplab is also expected to take up the office of president of the Bharatiya Janata Party in Tripura in 2018, ending the Communist Party of India's 25-year reign in Tripura.According to reports, the BJP wanted to keep a fresh face in the assembly elections. 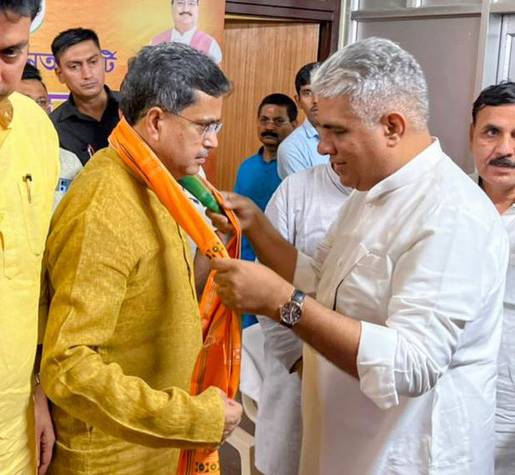 Candidates who are awaiting results can apply for non-CET exams.

MPT is expanding due to increased demand.

A chariot runs them over, killing one and injuring three more.

Surgical therapy in CIMS is being hampered by a nursing shortage.