Maharaja Hari Singh was born on September 23, 1895 . He was the last ruling Maharaja of Jammu and Kashmirs princely state .

Maharaja Hari Singh was a heralded educator, thinker, social reformer, and a heralding man of ideas and ideals.The Lieutenant Governor explained that the UT administration formed a four-member commission earlier this year to examine the public's needs regarding the public holiday dedicated to Maharaja Hari Singh's historic legacy, according to Sinha. 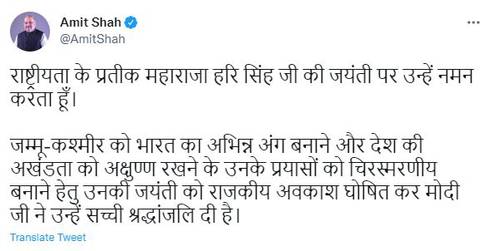 In Barmer, a bank manager was detained for stealing 31L.

In Kota, a NEET aspirant hangs himself.

Docs organisations band together to modify the RTH Bill