On the fringes of the UNGA, Jaishankar catches up with his German counterpart.

External Affairs Minister S Jaishankar met with German Foreign Minister Annalena Baerbock on Thursday . Jaishankar is on a 10-day tour to the United States and has more than 50 official engagements .

On the sidelines of the 77th session of the United Nations General Assembly (UNGA), External Affairs Minister S Jaishankar met with German Foreign Minister Annalena Baerbock on Thursday.During the meeting, the two ministers discussed Ukraine and UN reform.Jaishankar shared a useful report on Ukraine and UN reform on Twitter.He also met with Greek Foreign Minister Nikos Dendias and talked about the ongoing conflict in Ukraine along the Mediterranean and Indo-Pacific, writes the EAM.

On the fourth day of his stay in New York, the External Affairs Minister, who is on a 10-day tour to the United States, met with counterparts from Mexico, Paraguay, and Moldova.On the fourth day of his stay, a traditional BRICS gathering was held on the sidelines of #UNGA 77.A survey of the global situation, the international economy, and regional challenges.The case for Reformed Multilateralism was made. He met with Paraguay's Foreign Minister.It was wonderful to see my dearest friend, Paraguay's Foreign Minister, Julio Cesar Arriola.The #UNGA is a wonderful gathering spot, Jaishankar said in a tweet.Aside from that, the External Affairs Minister met the Deputy Prime Minister and Foreign Affairs Minister Nicu Popescu as well as his Mexican counterpart Marcelo Ebrard.So glad to meet Moldova's DPM and FM @nicupopescu.During #OperationGanga, he was praised for his help.I applaud his determination to strengthen our ties. Jaishankar has more than 50 official engagements in total.The highlights of Jaishankar's meetings with developing nations from Asia, Africa, Latin America, the Caribbean, and the Small Islands are mainly focused on the United Nations Security Council's reform on Saturday, before heading to Washington for a meeting with US Secretary of State Antony Blinken. 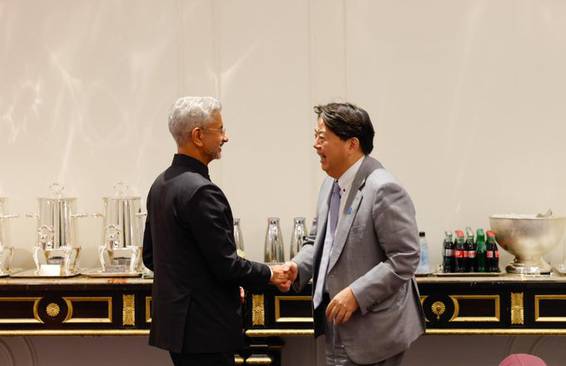 Merkel's party is leading in local elections in northern Germany.

According to the news agency, Russia is planning to deliver humanitarian aid to Afghanistan.

New South Wales, Australia, reports There are 1,257 cases of Covid-19 in the immediate area.

Protests in Brazil reveal a lack of public support for impeachment efforts.