Only by advancing women is a nation's progress possible, according to Priyanka Gandhi

Congress General Secretary Priyanka Gandhi spoke out on Monday to restart the Bharat Jodo Yatra . The yatra has so far reached Jhalawar and Kota districts before reaching Bundi .

Bundi (Rajasthan) India December 12: After the victory of the Himalayan Pradesh Assembly, Congress General Secretary Priyanka Gandhi spoke out on Monday to restart the Bharat Jodo Yatra alongside her husband and daughter Miraya, along with a host of other senior leaders.Priyanka tweeted in Hindi that the country's growth would only be possible when women advance.The yatra has so far reached Jhalawar and Kota districts before reaching Bundi, and will then return to Sawai Madhopur, Dausa, and Alwar districts.Rajasthan is the only Congress-ruled state where the yatra will travel about 500 km over 17 days before heading to Haryana on December 21.People were seen lining the route in large numbers carrying banners and party flags.

It will end in Kashmir next year, according to Rahul Gandhi, who said that 42% of the population of India is unemployed.These unemployment numbers clearly demonstrate the plight of the country's youth.42 out of 100 youth are unemployed, surpassing a 45-year record.Prime Minister, today the country's youth have tears in their eyes and blisters on their hands, but they will not stop until they gain the right to work and integrate India, according to the Congress chief.The Congress said in a statement that the Bharat Jodo Yatra has so far passed through Tamil Nadu, Kerala, Karnataka, Andhra Pradesh, Telangana, Madhya Pradesh, and Maharashtra, and has now entered Rajasthan. 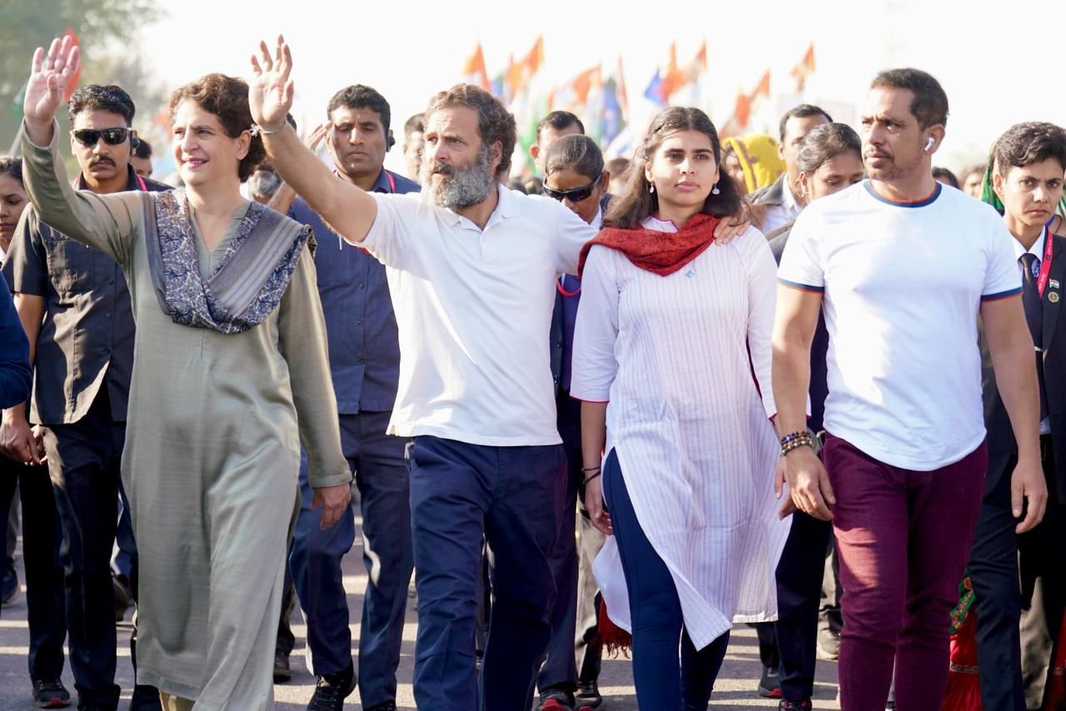 Gujarat Elections: A female voter cast her ballot in a Surat polling location

Rivaba Jadeja, a member of the BJP, votes in Surat and predicts a solid victory for her party.

Two people are arrested after being shown on camera harassing a Korean YouTuber in Mumbai.