Perarivalan thanks Stalin for his ongoing support and claims that justice has finally prevailed.

AG Perarivalan, a life prisoner for former Prime Minister Rajiv Gandhis assassination, thanked Tamil Nadu Chief Minister MK Stalin for his continued help on Wednesday . Perarivalan said that it is a monumental moment in his life after meeting with the Chief Minister .

Chennai (Tamil Nadu) India – (Tamil Nadu, India: AG Perarivalan, a life prisoner for former Prime Minister Rajiv Gandhi's assassination, thanked Tamil Nadu Chief Minister MK Stalin for his continued help on Wednesday.Perarivalan's release was ordered earlier today by the Supreme Court, who invoked its extraordinary authority under Article 142 of the Constitution.According to article 142 of the Constitution, the Supreme Court may make any order necessary to ensure complete justice in any case or situation pending before it.Perarivalan, his mother Arputhammal, and other members of his family met Stalin in Chennai.During the meeting, Perarivalan was seen hugging the Chief Minister.

This is a very happy time in my life.It's a happy moment for my mother, more than I.On his next move, Perarivalan said that he has not considered anything but to enjoy the freedom he has provided me with.Stalin said earlier today that Perarivalan's release has freed him from more than 30 years in jail and can now breathe fresh air, according to the apex court, who ruled that the governor's decision to resubmit Perarivalan and six other convicts in the case has no constitutional basis. The top court, in releasing him, weighed in on his good conduct in prison, his physical condition, educational qualifications (he gained while in detention), and the length of his mercy plea with the Tamil Nadu Governor.During the appeal, the bench disagreed with the Central government's argument that the Supreme Court should wait until the President's decision on Perarivalan's mercy 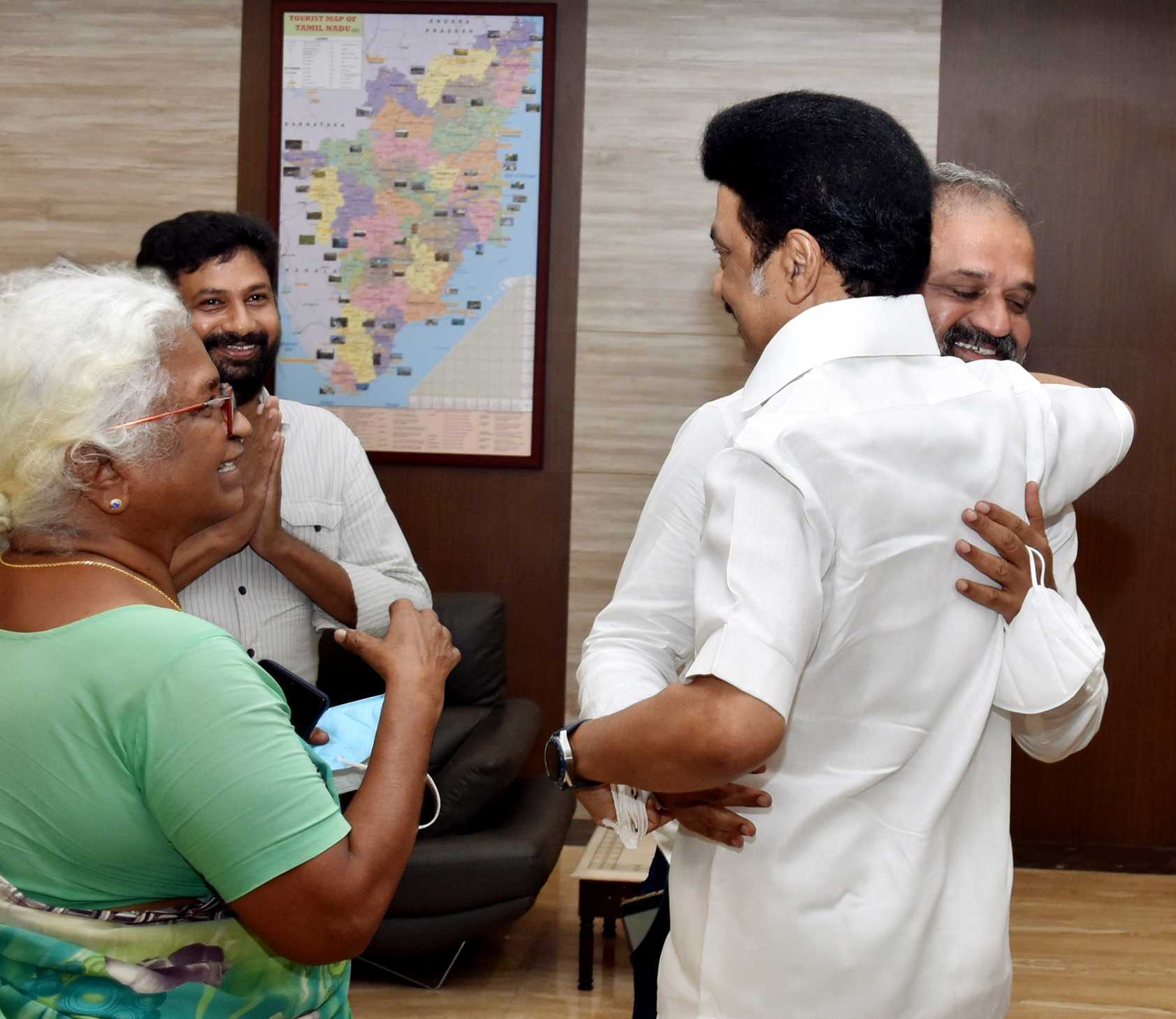