Punjab's chief minister meets with Amit Shah and asks for the federal government's help in getting the president to approve harsh penalties for sacrilege offences.

New Delhi, India, December 9: Punjab Chief Minister Bhagwant Mann called on Union Home Minister Amit Shah on Friday and asked for Government help in obtaining Presidential recognition for two pending bills of state, which commit a horrific act of sacrilege, according to the Chief Minister, who called on Amit Shah here at his office.In this context, he said that the punishment for the sacrilege of Holy Books, as defined in Sections 295 and 295-A of the Indian Penal Code, has been too high, according to a press release issued by Punjab CMO.Bhagwant Mann informed the Union Home Minister that the Punjab Vidhan Sabha had passed the Indian Penal Code (Punjab Amendment) Bill, 2018 and the Code of Criminal Procedure (Punjab Amendment) Bill 2018, which includes death, destruction, or sacrilege against Sri Guru Granth Sahib, Srimad Bhagwat Gita, the Holy Quran, and the Holy Bible with the intention of affecting the religious feelings of the people, according to the release Nevertheless, he said that these Bills are still waiting for the President of India's approval since October 2018.Bhagwant Mann stated that because Punjab is a border state, it is vital to maintain communal unity, and that the Union government should intervene early in passing the proposed bills, saying that strict punishment is needed to discourage criminals who threaten the state's communal harmony and brotherhood.

Likewise, he said that the government will have to provide substantial compensation to these farmers.Bhagwant Mann recommended that the Union Home Minister reconsider shifting the Border Fence towards the International Border, where possible, in the best interest of farmers and without jeopardizing national security.The Chief Minister also recommended that Amit Shah provide liberal funding to ensure that the state Police force can effectively tackle the new challenges.According to the release, Bhagwant Mann said that it is the most essential part of the government's strategy to tackle cross-border attacks and drone attacks from the border. 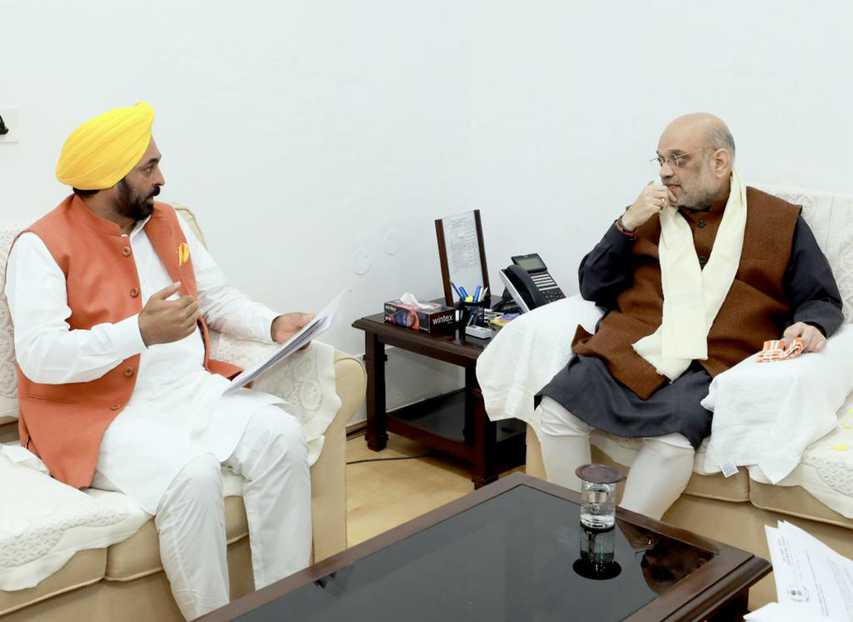 Indian boy, age 6, becomes the youngest Singaporean to reach the base of Everest.

According to exit polls, the BJP will win Gujarat by a landslide.