India is scheduled to celebrate its 75th anniversary of independence on August 15 this year . The Indian government is commemorating the Azadi Ka Amrit Mahotsav project, dedicated to the Indian people .

New Delhi (India), August 6: India is scheduled to celebrate its 75th anniversary of independence on August 15 this year with the theme, Understanding First The Indian government is commemorating the Azadi Ka Amrit Mahotsav project, which is dedicated to the Indian people.From 1757 to 1857, the British East India Company ruled India.India was liberated from British colonial rule on August 15, 1947.On August 15, 1947, the British used their courage and sacrifice to liberate the country.

Mangal Pandey led the first rebellion for independence in 1857, which was popularly dubbed the Sepoy Mutiny or the Indian Rebellion of 1857.In 1857.2, the opposition against British troops was led by Rani Laxmi Bai of Jhansi, Bahadur Shah Zafar, Tatya Tope, and Nana Sahib.In the 1900s, the Swadeshi Movement emerged.Bal Gangadhar Tilak and JRD Tata founded Bombay Swadeshi Co-op Stores Co. Ltd. to market Swadeshi goods and boycotted foreign products. On August 7, 1906, the Indian national flag with three horizontal stripes of red, yellow, and green was introduced to Kolkata's Parsee Bagan Square.Pingali Venkayya created the first variant of our new national flag in 1921.On July 22, 1947, the most prominent flag with saffron, white, and green stripes and the 24-spoke Ashok Chakra was officially adopted and displayed on August 15, 1947. para The August Movement, also known as the Quit India Movement, was initiated by Mahatma Gandhi on August 8 1942 at the All India Congress Committee in Bombay, demanding an end to British rule in India.5 During World War II, the All India Congress Committee was organized by Mahatma Gandhi.At the time of Independence, India did not have a national anthem. On January 24, 1950, the Constituent Assembly of India proclaimed it as the National Anthem.The Radcliffe Line, also known as the boundary line between India and Pakistan, was delineated by British barrister Sir Cyril Radcliffe on August 3, 1947.It was first published on August 17, 1947, two days after India declared independence from the British.para The name India derives from the Indus river. It is a symbol of the Indus Valley Civilization that flourished.On August 15, 1947, India declared independence at the stroke of midnight.On this day, Korea, Congo, Bahrain, and Liechtenstein celebrate their independence day alongside India.9 Vande Mataram, India's national song, was written by Bankim Chandra Chatterjee and was part of his novel Anandamath, which was published in the 1880s.On January 24, 1950, Vande Mataram was recorded as the national song. He said in his famous Independence Day speech, We made a tryst with destiny long ago, and now is the time to honor our pledge.India will awake to life and liberty at the stroke of today's midnight hour, when the world will sleep. 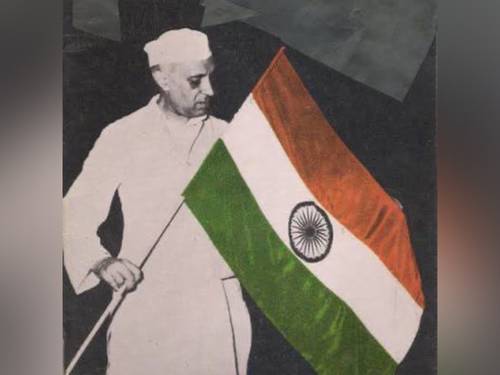 Case of the Healer: An autopsy was performed after exhuming Harris' body

SC issues a notice to the RBI and the Center regarding the argument for a centralised online database for unclaimed funds.

Giriraj Singh, the minister of panchayati raj and rural development for the Union, raises a flag in protest of Pradhan Mantri Awas Yojana-Gramin anomalies.

All-Barodians from Gujarat make up the Mallakhamb team.