To promote nationalism among young people, the Punjab government will host a military literature festival in several regions and universities.

Punjab Chief Minister Bhagwant Mann declared the expansion of the Military Literature Festival (MLF) to district and university levels across the state . Bhagwant Mann said that the Armed forces have played a vital role in maintaining Indias unity, integrity, and sovereignty .

Chandigarh (India), December 4 : Punjab Chief Minister Bhagwant Mann declared the expansion of the Military Literature Festival (MLF) to district and university levels across the state on Sunday.The festival, he said, will be held in the future to inform the youth of the rich military heritage of our Forces and rekindle the motivating spirit to join them.Bhagwant Mann said that this is the time to imbibe a sense of nationalism and patriotism in youth, encouraging them to join the Armed forces, and that the Armed forces have played a vital role in maintaining India's unity, integrity, and sovereignty.Because of this, only India has today emerged as the world's most successful democracy, according to Bhagwant Mann.

Nevertheless, he said that, on the contrary, India has been a success story due to the active presence of the Armed Forces.Because of this, only a common man like him has been named Chief Minister of the state.The Chief Minister also lauded the Indian Army for its courage, dedication, and patriotism, according to Bhagwant Mann.The Indian army's bravery and heroism, he said, have no equivalent in the world.The Indian armed forces have produced several inspirational stories with their valour, according to Bhagwant Mann, the Chief Minister of India. As each of us is sleeping soundly with our families, the Armed forces are protecting our borders by enduring scorching heat and freezing cold weather conditions, according to Bahwant Mann.The state government has increased the honorarium given to the families of troops who died in combat to Rs.200,000.1 crore. Bhagwant Mann said that this initiative is intended to provide significant comfort to the soldier's grieving family.He stated that the state government is obligated to help the families of the soldiers who sacrifice their lives on the altar of the motherland.The Chief Minister also recalled his close links with the Army veterans and the armed forces.He said that one of his uncles (Mama ji) had served in the Indian army. On the occasion, the Chief Minister also distributed books and praised prestigious figures who had participated in the festival. 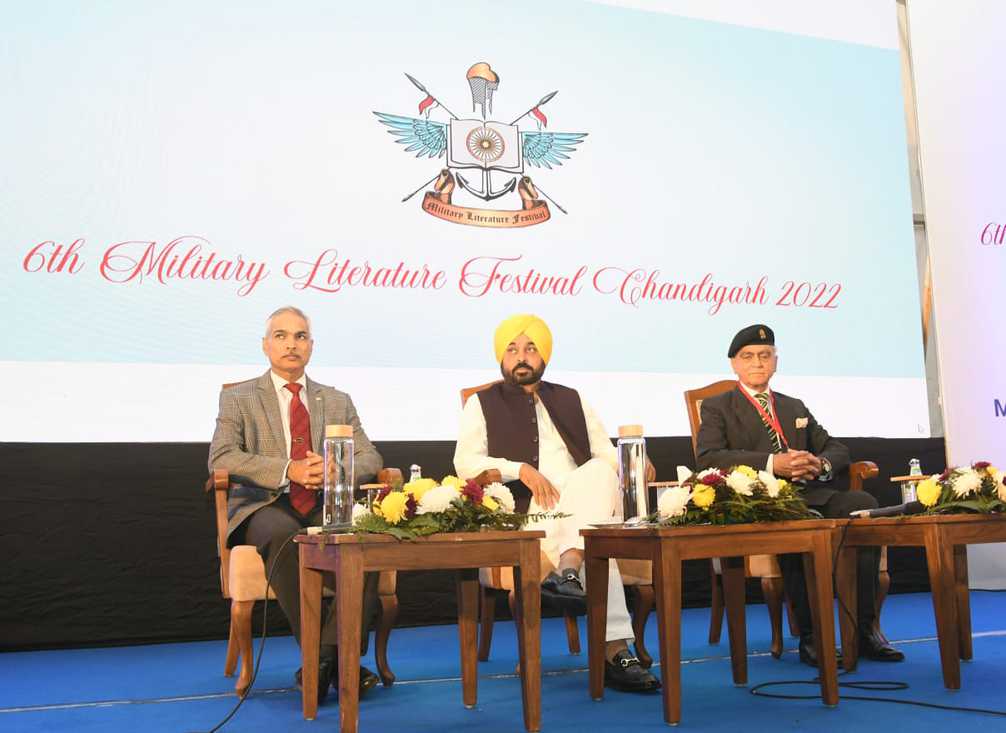 UP Governor will open a two-day gathering of health ministers.