India Vijayawada (Andhra Pradesh) (Andhra Pradesh), December 8: Additional Transport Commissioner Prasad Rao said on Thursday that Jana Sena Party President Pawan Kalyan is not permitted to use the olive green color vehicle.For the election fight, Jana Sena Party president Pawan Kalyan unveiled a vehicle named Varahi.Varahi is gearing up for the election battle, according to Pawan Kalyan, who tweeted a video of the vehicle.According to the Central Vehicle Act, olive green is not permitted for any private vehicle other than for Army personnel, according to Prasad Rao.

The vehicle is dark olive green on those photos.I don't know if Pawan Kalyan will maintain the same color or change it, said state Attorney General Prasad Rao, who said that before purchasing an automobile one should know whether it is for a commercial vehicle or a passenger vehicle.If the vehicle is a transport vehicle, it should not be converted into a freight vehicle, and a camp van should not be converted into a utility vehicle if it is a freight vehicle.On the day of registration, the vehicle's body, height, and width will be checked to see if it's safe or not, and we'll determine where it will be registered. According to the state's Additional Transportation Commissioner, the vehicle registration laws in India are the same. 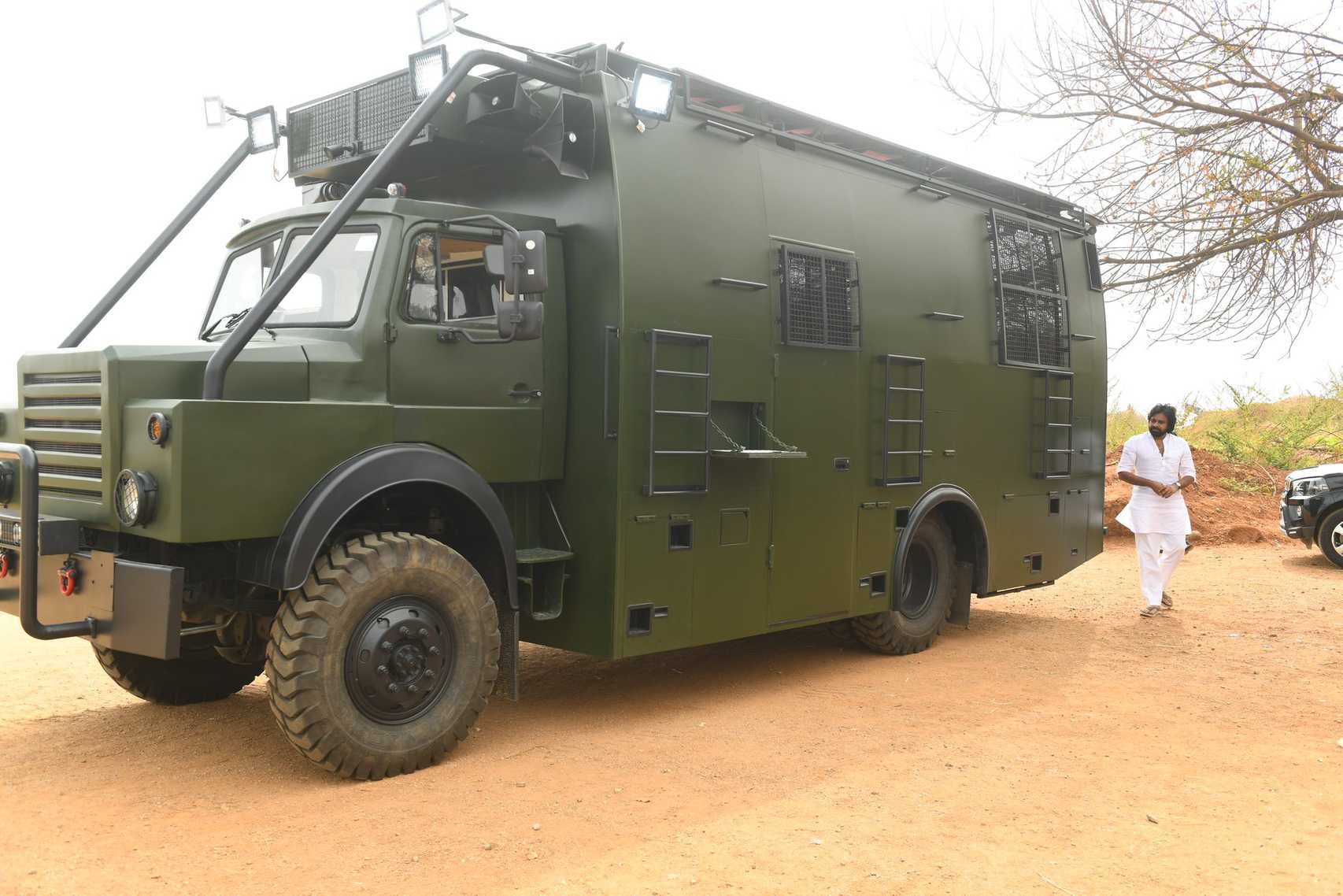 Yogi Adityanath on Bareilly: "Come A Long Way From Being Jhumka City"

MP: The cost of laddu prasad at the Mahakaleshwar temple in Ujjain has raised by Rs 60.

A lawyer requests an urgent hearing after alleging police assault against voters in the Rampur assembly by-election.